Before experiencing the horror of bringing way too much luggage, perhaps not many would have the initiative of traveling with just a carry-on. I learned how to travel light, and I learned it the hard way. 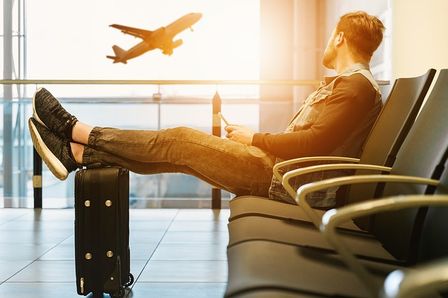 Your luggage may break when you bring way too much stuff. Especially if your it is rather old. And that’s exactly what my circumstances was. Having to buy another luggage in my destination is a nightmare for me.

If not without the help of my Airbnb host on finding a good secondhand suitcase back then, I’d be screwed.

Just about everyone has fallen victim to overpacking. The hassle you’ll go through at the airport, at the train station, and possibly hurling your luggage on a bad road surface, or through throngs of people—it’s pure nightmare.

You’ll also have limited room for the things you’re very likely to shop in your destination. Then there’s the high possibility that you won’t be able to bring souvenirs back.

That sucks. And yet, learning not to overpack is a bit tricky. During packing, a lot of people found it difficult not to fall into the impulsivity of “just in case”.

This is one of the biggest culprits in overpacking.

Bringing only a carry-on would give you such an ease throughout your journey. The difference would be striking especially if you’re used to having so much stuff on you. Having a lot of stuff can be very stressful while traveling.

Make sure to only bring the stuff you have used or worn before. The exception would be stuff you’re going to need for a certain activity.

Sports, for example. You’ll naturally crave for a sense of familiarity during your travels. You’d generally chose a clothing you’ve worn before back home.

If you bring a coat or a blanket scarf, wear it. Wearing your bulkiest piece on the plane is hands-down, one of the best advices when it comes to traveling light.

Not only you save on luggage space, but you can also get comfortable on the plane as planes are generally kept cold, regardless of the weather.

Don’t stuff your clothing pieces as you pack. Plan out your outfits first. If you’re just throwing clothes into your carry-on as you spot them, you’re probably not going to wear some of them. Which means an absolute waste of space.

Once you learn to travel with a carry on, you’d feel liberated. You’ll travel with so much more ease than before.

It also helps prevent losing your stuff, because you’re not bringing that many to begin with.

There have been horror stories of luggage getting lost or left behind. Travellers had to wait for days or even weeks for their luggage to be returned. This certainly would ruin your mood for traveling.

It’s not an exaggeration to say that it could be a traumatic event. In fact, a lot of people had decided to “convert” to bringing strictly a carry-on exactly because of this.