The sea currents at Komodo Island and also at many of Flores Islands are quite well-known as they are pretty much strong. So with the waves. But, the underwater life is too beautiful to be missed. Many of tourists have been coming for diving since the Komodo Island itself have became one of the best and diving area and destination in Indonesia. For example, let’s say, the Batu Bolong that is included into part of the Komodo National Park as one of the favourite dive spot among the divers around the world. Komodo Island diving is really needs to be in your list for the next traveling.

Diving at Komodo Island, why you need it?

Since you are going to read about the Komodo Island diving, I have gathering some reasons for it. Why you need to experience it someday. To be exact, there are 3 reasons and one or two of them may sounds like general thing, meaning that not focusing on the Komodo Island itself. I am doing this because there is a big chance that you will not only come to one island, but even more than that. But, the other islands still part of Komodo National Park or the Flores Islands (East Nusa Tenggara) as a whole.

Province of East Nusa Tenggara is an archipelago and Komodo Island is in it as well. And such archipelagic territories, usually the underwater world has the various type of coral reefs and marine biota. Sometimes, by just simply snorkeling, may it enough for you to join with the Nemos and other small fishes that are tame and clustered. Doesn’t it sounds a beautiful experience from the Komodo Island diving package? 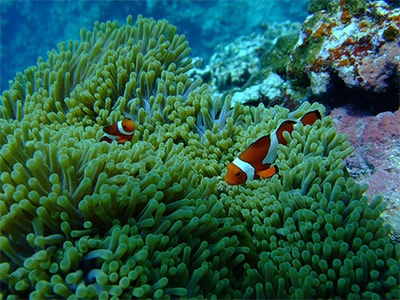 The recommended locations for that are at Pink Beach where you know that there are only about hundreds beach like that in the world, at Namo beach, and Satonda Island that is so exotic as well.

Beside that, you can also experience the Komodo Island diving to monitor or see the Mantas at Manta Point’s dive site. If you are lucky enough, you may bumps into the mantas with the 8 meter in size. And even you can see them with barely naked eyes since sometimes they are swinging to the surface. At Manta Point, you will be swinging along with the mantas that might be surrounding you where this will be one of the rare experience you will likely to get.

The manta point itself is located close to another dive spot like Taka Makassar. Because of its famous in monitoring and meeting the mantas, many divers then calling it as the “Manta Kingdon.”

At East Nusa Tenggara as well as at the Komodo Island diving, there are many other luxury beside the above point when talking about the marine life. They are rich so much and the dive spots are not only what I have been mentioned above.

If you get your own Komodo Island diving package, you’d better ask your dive guide or tour operator about the best month for seeing the sharks, whales, sperm sharks, and many more rare species. 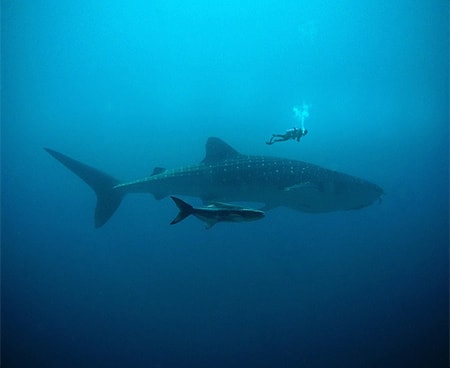 One of the reason why there are so many marine life’s richness at Flores that also supporting the Komodo Island diving is because of the confluence of the hot and cold waters or currents. When both of the currents are converged, then there will be many fishes. So with the coral reefs and many marine biota that are growing well.

At Komodo National Park, it has becomes home for more than 1,000 species of fishes, 260 species of coral reefs, and 70 species of sponge fishes, the seals, 14 species of whales, dolphins as well as the turtles. So that, the Komodo Island diving is really needs to be considered.

3. Many areas dominated by the waters

To be exact, the Komodo National Park itself are mainly covered by the waters than its land. By this domination, I am really sure that it will be really support the marine life especially for Komodo Island diving package. Moreover, i have been mentioned above about the confluence of the 2 currents.

So, it is not surprising if there are many various species and what I have been informed above are only a few from what you could experience diving in Komodo Island.