Komodo Island is where the last dragons are living. Although they could not breathe fire, they still as dangerous as their fellow myths. It is because of what they have became, as the carnivore and also are capable to smell the blood even for miles. They will grow up to 3 meters or more and could be run for about more than 20 km per hour for catching prey.

The dragons are now reaches up to thousands in number for only the living biggest lizards in the Komodo Island, not to mention any other islands around. That’s why that the island is called as the Komodo dragon Island. 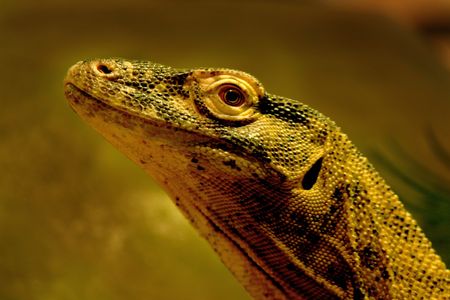 Many of the scientists are believing that the Komodo dragons as the last survivors, about millions of years ago, roamed in the mainland of Australia. With their abilities and nature selection or maybe by the human intervention, they had been made it to arrived at the island where they have becoming one of the rare attraction in their relation with the local and national tourism development which is monitoring the Komodo dragons right in their original habitat.

Komodo dragons are living in the wild and harsh environment, surrounded by the hard rocks, but still could be coexist with the local people. Living in harmony side by side yet human is staying alert in case the dragons are “hungry.”

The dragons have been moved far from Australia and found the harsh environment, yet, they still remain endangered by the global warming, wastes up to the illegal fishing that had turned the seawater into dirt. Statistically, there are only about 350 of the female dragons and we are keep on counting down of their numbers.

After being survived for some decades from the human’s pursuit, seems like the dragons are just fine. But knowing that the Komodo females are slowly in laying their eggs and other dangers that might have an impact on reducing the population of dragons, then we should now have to thinking about how to save them.

Actually, there is still “conflict” between the local people and the dragons themselves although just in a small amount. And the conflict should also be got it over sooner. So saving the Komodo dragon island from the species extinction should be started with involving the collaboration between the local government or NGO with the local residents.

There are some of the main issues that should be taken care as soon as possible. The first one is when the original habitat or the forest in the Komodo Island turned into the agricultural lands. Then some of the local people are light the fire to increase the grass reserves for their livestocks. Settlements are also becoming widespread as the population grows. So that, besides lost their original habitat, Komodo dragons need to compete with human as well for getting the pigs and deers as their foodstuffs.

Therefore, one of the applicative and practical ways to save the dragons without having to disrupt the fulfillment of local people needs is through the conservation, measured by integrating sciences and various community-based programs.

If all stakeholders participate well and local people are increasingly aware that they can get benefits from the presence of the dragons, especially through tourism, then saving the Komodo “dragon” Island can be done easily.