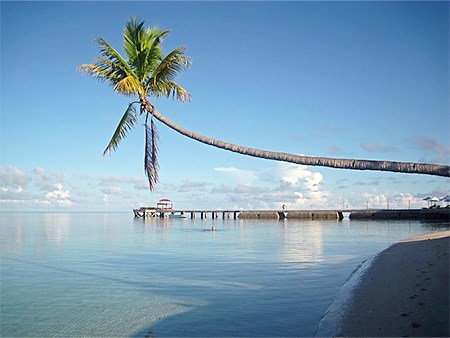 For many divers both beginners and professionals, it seems to be not a new thing hearing about Wakatobi which is one of the regency located in Province of Southeast of Sulawesi, Indonesia. How much do you know the facts about Regent of Wakatobi and why one of the main prioritized sector is tourism?

The area is located on the world’s coral triangle center, making Wakatobi islands as one of the paradise for divers around the world. The Ministry of Tourism of Indonesia also make it as a Top 10 Priority Destinations in Indonesia. And commonly also referred as the one of the “10 new Bali.”

The local government, host communities and the businesses people are still preparing and keep on promoting to bring the tourists both domestic and abroad. If you are one of the many who have watched an ad related to the Wakatobi’s tourism and are interested in visiting, it’s good to know 8 facts about the regency that just turning his age to 15 this years old this year.

1. The word “WAKATOBI” is an acronym

Did you know that wakatobi is an acronym of 4 large populated islands? WA referring to Wangi-Wangi (WAnci) which is also the regency’s capital since its first inaugurated in 2003 ago. KA = KAledupa, TO = TOmia, and BI = BInongko.

Some other islands are not inhabited at all or sometimes consist of only a few families. Wakatobi is also an archipelago consisting of dozens of islands.

2. The National Park of Wakatobi Islands

National Park of Wakatobi has also been established. In fact, its extent covers all the existing areas in this regency until today. This means that the area on the land and the sea as a whole is a conservation area and must be protected.

3. As one of the world’s biosphere reserves

In April 2012, by UNESCO, an area of 1.3 million hectares of Wakatobi designated as one of the 13 world’s biosphere reserves in Paris. It is determined without any conditions at all. This is also becoming a good news for the preservation of nature in Indonesia. The determination will then cover 3 important things which are the local wisdom of the community, environmental conservation and sustainable economic development.

4. Most of the areas dominated by the sea

“Tukang Besi” refers to the people with skills in making machetes and other objects made of iron. There is even an island which is Binongko island that has been long time ago called as “Pulau Tukang Besi” or an island with many skilled people in making the machetes.

The Bajo’s tribe is also often regarded as a sea gypsy tribe. A seafaring people. Even in Wakatobi as well, they are scattered in Wangi-Wangi, Kaledupa and also Tomia Island. Bajo’s life depends on the sea so that the dwelling they have built was right on the beach or above the sea to facilitate the fulfillment of their daily needs.

7. Largest species of coral in the world

There are 850 species of coral reefs on earth, and 750 of them are in Wakatobi. What a large number, isn’t it? It even exceeds the number of species present in the Caribbean. Up until today, it is also has always been one of the main interests that became the reason why many world travelers keep on coming to visit Wakatobi.

Yes. Spot dive is more than that. Does not including free-dive spots that almost every corner of the island in Wakatobi you can find. I mean, there is no need to worry about the lack of spot diving there.

That would be all of 8 interesting facts you need to know about Wakatobi. Are you interested enough to be there someday and take wakatobi tour? Please share this interesting article! Thanks.