Indonesia consists of thousands of islands and hundreds different cultures. These two factors have contributed enough to the richness of Indonesian cuisine. And one of the must-have delicacies to try in Indonesia is its street foods. The best thing about its street foods is that they are mix of traditional and modern foods from across the country. Get to know more Indonesia rich cuisine from these street foods:

This is more like a snack you can enjoy anytime made from tapioca shaped into small balls. This is probably one of the most well-known street food in the country. To enrich the flavor of these tapioca balls, sauces are added. There are three types of sauces often used by the sellers. They are ketchup, peanut sauce, and soy sauce. A skewer is given to the buyers to make it easier to take out cilok from the container.

Gorengan means fried snacks that almost every Indonesia loves. It is the type of snack you find in every season in Indonesia. In fact, it is a snack you can find every day across the country. These fried snacks range from tempeh, tahu (tofu), banana, sweet potato, tapioca, and more. These fried snacks are best served with dipping sauce or fresh chili pepper. They are often served as side dish too in many local restaurants.

This is like Indonesian version of pancake. However, it has bigger size than just regular pancake and it also has various toppings. In Indonesia, there are two types of Martabak: savory, and sweet. Sweet Martabak known as Terang Bulan has many various toppings include chocolate, ground peanut, matcha, vanilla jam, etc. The savory one known as Martabak Telor is made with flour dough filled with chicken, beef, or duck eggs, along with various vegetables. This one is best served with a dipping sauce and chilli pepper.

This is steamed fish dumpling, a popular street food in Indonesia. The stuffings also include various vegetables. These dumplings are in moderate size and served with peanut sauce along with steamed cabbage, boiled eggs, potato, and tofu. This street food is said to be inspired by Chinese Shumai with the pork is being replaced by fish since the majority of Indonesian populations are Muslims.

It is kind of hard to translate Seblak. This is a snack made from raw prawn crackers boiled in soup with various spices. Other ingredients are added to enrich the flavors such as meatball, eggs, chicken bones, rice noodles, and many more. The unique flavor comes from garlic, chili peppers, onion, and other Indonesian spices.

This is sort of a dessert many Indonesian for generations love. It is traditional cream and named after the sound of ‘dung’ made by the mini gong the sellers hit while pushing their cart. This ice cream is made with coconut milk, hence the lower price than regular ice cream. It is served with a sliced bread or in a cone. It tastes lighter than regular ice cream with a hint of coconut aroma.

Food hunting is one of must-activities you do when travelling. There are more to delicious taste or mouth watering visual of foods. There are cultural an historical values behind foods you may get a taste during visiting certain places in the world. Therefore, travelling is incomplete when you don’t try the local delicacies, especially the street foods. It is fun to have a street food hunting because every country and even city has various street foods worth travelling for. Besides, street foods are relatively cheaper than dishes you order in classy restaurant.

There are many places in the world famous for their delicacies. Street foods always have their own stories which can make travelers more interested to get a taste. So here are most recommended cities you can visit for street food hunting:

Tokyo, Japan is surely one of must-visit destinations for street foods hunting. Japanese cuisines are authentic, iconic, and unique. Instead of visiting one of the many Michelin-starred restaurants, why not trying for street food hunting. Most recommended place to visit is Teppen, Nakameguro where you can enjoy grilled food from fresh ingredients. You can also enjoy sushi but the highlight is the grilled meats and vegetables.

Istanbul is a city in Turkey perfect for street foods hunting. During your visit to Turkey, you don’t want to miss the taste of simit. It is like combination of pretzel and bagel. It is freshly baked and then dipped in molasses. Then, it is crusted with sesame seeds. Another must-try street food is Durum. It is kebab formed into wraps. Turkish pizza and ice cream are also worth travelling for. It is fun and easy to have street foods hunting in Istanbul.

Hongkong, of course should be included in one of must-visit destinations for street foods hunting. There are many recommended places to visit including Hop Yik Tai where you can have a taste of cheong fun, steamed rice rolls soaked in soy sauce. You can also visit Fei Jie to find braised turkey kidneys as well as pig intestines the locals love the most. Or, explore everything beneath the Tai On Building since it turns into lively night food market every evening.

Cartagena in Colombia is also highly recommended for street food lovers. You can easily spot various street carts, kitchen windows, as well as food trucks. One of the most recommended street foods to try is arepas. It is similar to cornbread and pancake. It is usually filled with eggs or cheese, and butter. You can also try meat dish such as chorizo.

Miami is already famous for their Cuban delicacies. One of the most recommended to try is Cuban sandwich. It is delicious sandwich made from roasted pork, ham, pickles, sweet cheese, and mustard. It has crunchy texture since it is toasted like a Panini. However, you still can feel the chewy and savory qualities as well. You can find this Cuban sandwich practically everywhere at various food trucks and street carts in Miami.

Food at the hotel is the most convenient for tourists. They don’t need to think about looking for food, especially in the morning. Star hotels provide a large selection of breakfast for guests. But travel to certain destinations is definitely culinary. Bali as a popular tourist destination has fascinated the world. Balinese cuisine, both local and international food can spoil culinary lovers. 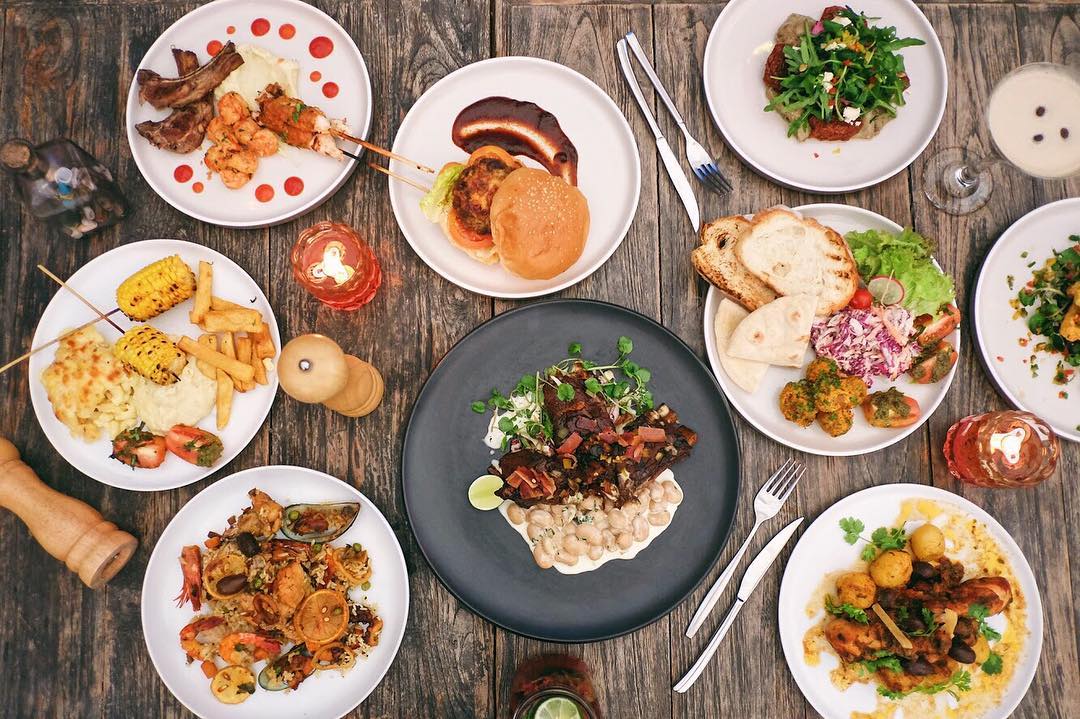 Where You Feel The Taste Of Cuisine

Although Seminyak is a crowded area, you can find restaurants Seminyak Bali with rice field views. Maybe this is somewhat unique and rare. In fact, many owners of restaurants in Seminyak maintain the atmosphere of rice fields in the middle of the city.

This is a special attraction for local and foreign tourists. You don’t need to be confused about finding restaurants Seminyak Bali with stunning views. Many reviews on the internet, whether bad or excellent that can be a recommendation. Every best restaurant Seminyak has diverse friends and designs. You will not be bored trying various amazing Bali restaurants.

If you think good food can only be enjoyed at expensive restaurants, then you are wrong. There are many rows of restaurants in Seminyak at affordable prices and a stunning taste. Sometimes places that don’t look fancy, offer more flavor. Like Warung Made, which offers a large list of Indonesia’s favorite foods. In fact, Warung Made is popular among tourists, both local and foreign.

Looking for best dine restaurants Seminyak is not difficult. There are many best restaurants for your romantic dinner. Starting from Sarong, Biku, Mama San and many others. If you are looking for sporty restaurants in Seminyak Bali, then you can visit Sea Vu Play. Where you can relax and enjoy food in the outdoors.

Seminyak is synonymous with luxury and expensive. This may be for some cases of tourists who visit the restaurant and spend a lot of money. Actually, not all restaurants in Seminyak put an expensive price. For example, you can eat in various ways with packages costing 150-250 thousand. Event promo to eat as much can also be a recommendation to enjoy restaurants Seminyak Bali. 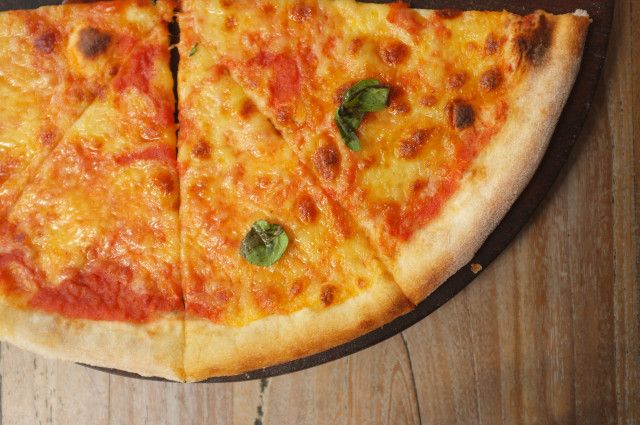 Pizza can be the best cheap dinner, very common and easy to find while you are vacationing in Bali. But Bali offers many delicious pizza restaurants Seminyak Bali at affordable prices. Imagine you are spending 1 pizza pan with prices ranging from $ 5- $ 6 and toping diverse. Recommendations best restaurants pizza in Seminyak you can visit is Marzano, Trattoria, Italian Pizza, Massimo Restaurant, and more.

Restaurants “All You Can Eat” Seminyak Bali

This is a much sought after solo traveler and backpacker. Enjoy best restaurants Seminyak, eat as much as cheap price! If this is the case, then Sky Garden offers the best deal promo all you can eat. You simply spend $ 10 and enjoy the fancy and cheap dish made by the best international chef.

Skymax restaurants rooftop in Jimbaran can also be one of the satiety and cheap dining options for a solo traveler. With $ 10 you can enjoy a delicious meal in a luxurious place and enjoy the view of Bali at night. 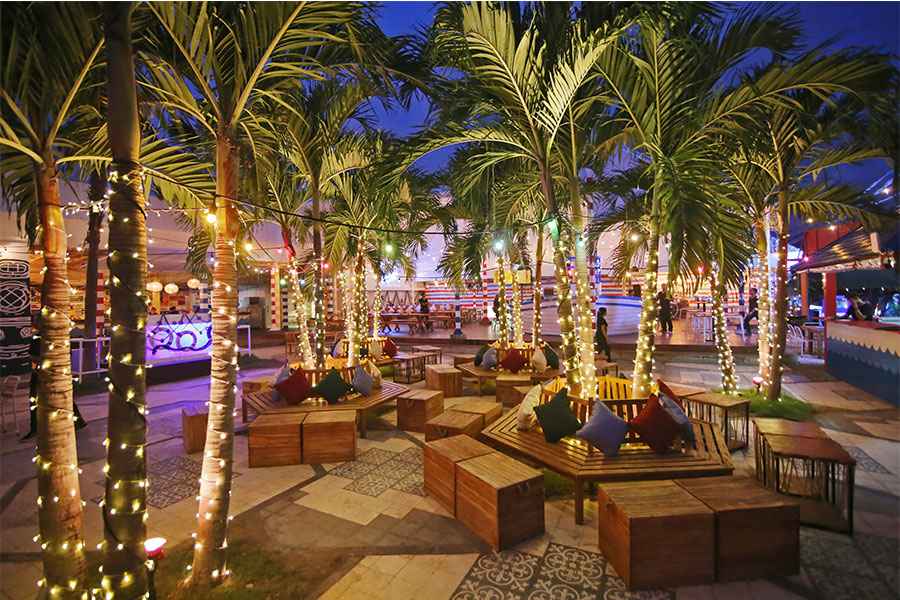 Sea Vu play is one of the restaurants Seminyak Bali with a cozy feel, outdoor, food menu can be shared and affordable price. Its price ranges from $ 15 – $ 25 for 4 people. If your weekend and family are still in Bali, then Sunday market in Sea Vu Play can be one of the entertainment you can do. Sea Vu Play is not only Bali’s best outdoor restaurants but also a place to spend your Sunday in Bali.

Who says best restaurants in Seminyak can only be reached for the rich? Anyone can enjoy delicious and cheap food in Bali.