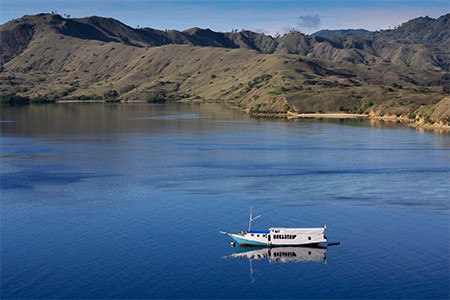 Komodo Tours is a trip to explore Komodo Islands. It is one of the islands that is administratively located in the Province of East Nusa Tenggara. Beside that, it is also one of the areas in the Komodo National Park appointed by UNESCO in 1991 ago. As the development of Indonesian tourism increasingly high, Komodo Island is also one of the preferred destinations that is interest to be visited by tourists from around the globe. Surely with a variety of different reasons. But one thing is for sure, the animal, Komodo dragons probably will be ranked first out of various causes that exist.

Convenience in terms of accessibility is also very influential. Especially the ease to reach the island of Komodo both from Bali and West Nusa Tenggara which are also famous for their world class tourism potentials.

The existence of services or tour packages that are titled as Komodo Tours also seems to be growing so that the introduction of the wild and a variety of exotic flora and fauna that existing in the mainland of Flores Islands is widely heard all over the world. Not included with various tourism promotions which are one of the responsibility of both local and central government.

Beside mentioned reasons above, there are still several other specific reasons that also makes the Komodo Island tours as one of the destinations that you must be visit either traveling alone or with friends and family members. Check 5 of them why Komodo Tours will be in your next travel list and plan.

1. Original habitat of an ancient animal

Komodo is an endemic animal. So, it will not be easy even impossible to find elsewhere. At least the world knows that if you want to see the dragons in their natural habitat, then the best place to go is Komodo Island. It is also the animal that has also existed since ancient times.

Not only as a wildlife destination with the aim to spend the holidays, Komodo Island also serve as the location of various researches from various countries. This is of course will help to improve the knowledge or science about this giant reptile.

You did not read it wrong. There is a beach, which since the sand looks in pink color then finally called as Pink Beach. You can bask in the sun here or snorkeling or diving in the sea that looks like a crystal due to exposure of sunlight. Beautiful coral reefs and also various types of fish will accompany the diving activities that you can enjoy only at a depth of about 7 meters.
Another best news is, Komodo Island is also the original and beautiful habitat of about 70 species of marine biota. Sounds good for you? Would you be interested in offers like Komodo tours to enjoy the beauty of the Flores Islands? Do not hesitate to check out the existing tour packages, ok?

3. One of the new 7 wonders in the world

Of the many countries and countless destinations around the world, Komodo Island with its rarities, privileges, uniqueness and beauty gained recognition as one of the new 7 wonders of the world in 2012. It is also the most popular along with several other locations such as Amazon, Iguazu Waterfall , Halong Bay, Jeju Island, Table Mountain and also the Puerto Princessa Underground River.
Be granted in the destinations of countries competition in the world would be a great achievement itself. And more importantly is the background and indicators that Komodo Island has differentiate itself with its rivals.

Loh Liang is a port of boats which is also the main entrance gate not only for your adventure on Komodo Island, but also in Komodo National Park. And from here, your exploration has really begun. Characterized by the existence of some Komodo dragons that you can monitor or just want capture the moment in your camera. It’s all up to you as long as the distance with the dragons is far enough for your own safety.

You can also hike slightly up the hills to enjoy the beautiful landscape and also the orange sunset that is immersed in the magical western horizon.

If you are the seafoods lover, then you are at the right place. Fishes that living in a clear and unpolluted sea make it a healthy and refreshing meal. Of course, the price is also very cheap. In fact, you can fishing from the boat and get the fish easily enough in a short time.

One clear thing for a culinary trip, you will likely be challenged to try it. How about that.

Do 5 points above are enough or more than enough for you to make them as the reasons why Komodo Tours package in Komodo Island and other Flores Islands are precious and worth? Share this article if useful.